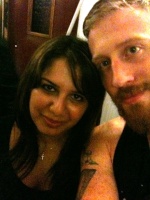 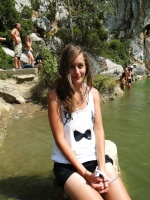 by karissa on December 1, 2009
Justin Nozuka

Justin Nozuka has been able to tour nationally (and even internationally!) spreading his soulful acoustic music to eager fans from various areas of the world. He released his album Holly back in 2007 that was best known for songs such as “After Tonight”. Recently, he has been touring with favorites from Holly along with new songs of his second and much anticipated album scheduled to release spring 2010.

-Its been nice to have some time off um, but the road is.. its amazing. A lot of stuff going on, a lot of just, places. Its great its great.

Do you have any place your looking forward to the most?

-Hmmm, none in particular no that I’m excited for- But there are definitely different places that feel really nice. The whole experience I mean, I’m trying to enjoy every moment.

What’s it like with the other band members on tour? How are they feeling about it?

-Everyone is in good spirits.

What do you think of you your line up bands “Elizabeth and the Catapult” and “Sam Bradley”?

I would say their music style is similar to yours, but how would you categorize your music? I know that’s a difficult question.

-Yeah I mean, for music, I really try to connect to a place that can’t really be described in words or labels, you know? So, I guess I would call that soul music or spiritual music. That is where I try to go to. I mean of course we have labels like R&B and folk, and that. I definitely am influenced by those types of music but I try and to keep it separate from a genre or a specific name and really try to connect on more of a spiritual level and be open with it and free. I write all types of different music and I try to connect to that place when I write.

Do you have a favorite song from your first album “Holly”?

-Um, I’m not quite sure. Some of the songs we play off the album feel really nice. But, it’s an old album. I feel like we definitely captured the place and time as it should have. I feel like it is what it is, but I’m excited for my second album. Its more expansive, its uh, got more layers and I feel like we connect more with that place that I’m talking about, that indescribable place.

So what can we expect from your second Album?

-I’m not expecting anything. I expect that we continue touring. It will probably be a lot of work, a lot of traveling. Oh,What can you guys expect from it? You guys, I guess its just a natural progression from the first album. My band is on there. It feels very natural. And I think represents—represents us. And um, it feels expansive and it really explores places and goes to all types of different places. But like I was saying, its just a natural progression though, and is all the songs I’ve written over the years.

I’m looking forward to hearing more about it. Are you still planning on doing more music videos like you did with your other songs?

Yeah yeah, we’re gonna shoot a music video in um, San Francisco for the first song off the next album.

Do you have a lot of say (input) in the music videos?

-Yeah! We collaborated on the concept. I originally had this concept, that was, I guess, it would have really needed to be treated correctly with the imaging. I really enjoy music videos that are long shots, interesting shots, soulful shots, capturing the moment, as opposed to you know, up tempo, up beat “popy” videos you know, artistic videos. And you know, as well connect to that place that I’m talking about, the indescribable place, the spiritual dimension. So I really enjoy that kind of music video. The original concept was a little out there but it’s gonna be really nice I think. I think its gonna be a good balance between all those things.

That’s so awesome. So, I also know you were recently touring internationally, How was that?

-Its wonderful to tour Europe. We’ve been able to go there a few times in the past few years. A lot of times actually and uh Its amazing. Its very different. There are many differences and very many similarities, but its just very exciting to go there and get a glimpse at all these places where we have friends.

Any memories that stand out in comparison to the states?

-All types all types, yeah. Well, haha its kinda of hard to think of them right now. We have lots of friends. In France especially, I really liked the south of France.

Alright I have one last question for you Justin, If you could write one song with anyone (dead or alive) who would you write it with?

-Ummmm, I don’t know I Mean I really enjoy artists like Jeff Buckley and Gabe Dixon. He’s great! He is a great artist. 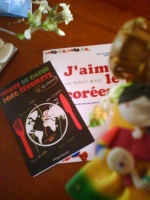 Yuki a écrit:
"Any memories that stand out in comparison to the states?

-All types all types, yeah. Well, haha its kinda of hard to think of them right now. We have lots of friends. In France especially, I really liked the south of France."